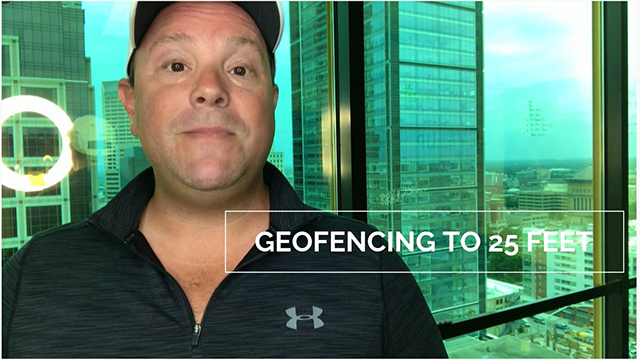 GeoFencing
Okay, so I got a question in about GeoFencing today, and I want to address this one because it comes back to the fundamental idea of what GeoFencing is. In the olden days, it used to mean a city, right? You want to target Denver, great. You want to target three suburbs of Denver because they match your audience profile? Great, we can do that. But the technology has advanced to the point where we can target down to about 25 feet, which is one room.

Now, in the old days, I would’ve had to say no, right? I already bought the airspace for the other guy. But in this case, what we did was target one campaign to the Augustus Ballroom at Caesar’s Palace Las Vegas, and another campaign to the Octavius Ballroom at Caesar’s Palace Las Vegas. Each one of them targeted their own convention with specific messaging and never the twain shall meet. The technology is amazing and you can put it to amazing use.

Thanks to E.J Hill for a great conversation today. And if you’ve got questions for me, email me andy@getjigsaw.com.