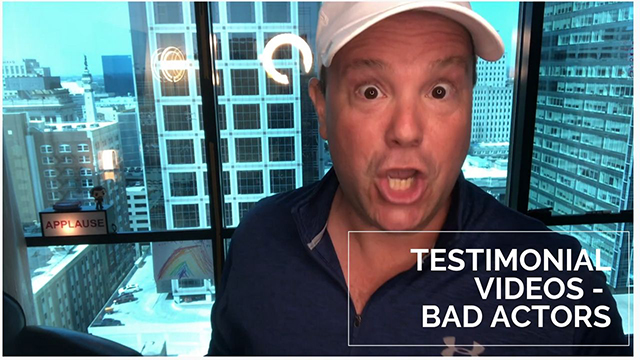 Testimonial Video Production
Okay. So a lot of you already know that I worked with Quentin Tarantino for two years during the Pulp Fiction era, and I actually wanted to use one of those quotes to talk about a testimonial video production. There’s a scene in Reservoir Dogs where they’re on the rooftop and he says, “To do this job, you’ve got to be a great actor. You’ve got to be naturalistic. You’ve got to be naturalistic as hell because if you ain’t a great actor, you’re a bad actor and a bad actors are bull**** in this job.”

We have a better way to do it. So if you’re considering doing testimonial videos, please give us a call because we can give you great actors and not bad actors. Because the last thing you want to do after going through the process of making a testimonial video is wind up with some bull****.

I had to bleep these because my mom’s watching, so thanks to Melissa Simon for reaching out. If you got questions, email me at andy@getjigsaw.com.